My first official “get a paycheck” job was at my local McDonald’s in 1976. I wore a uniform that looked like this:

I stood behind the counter – I was required to say  “Would you like fries with that?” as we did the suggestive sell routine.  The words “BUS coming!!” instilled dread into our hearts and made us step it up a bit.  In my months there, I did not get my five cent raise because I did not “smile enough”.  Sigh. As employees, we got some free food if we worked at least four hours.  I indulged at times.  I rarely eat at a McDonald’s and that has been true for decades.  Nothing personal, McDonalds…. 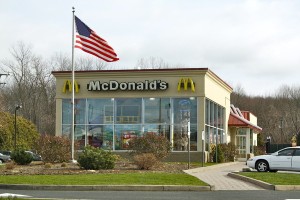 THE McDonald’s in Southington, CT 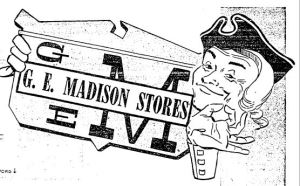 I worked there initially as a cashier and met my future husband there.  Next experience with customer service: I would slide the credit card machine across their card and if the order was over 50$, I had to call the number on the card to obtain approval.  Talk about time consuming – long hold time at holidays – and when the CC company refused to approve  – embarrassing!  I can still remember the sound that this machine makes – and how hard it was sometimes to shove it over the card. 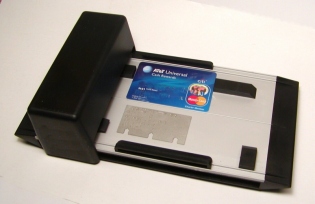 Eventually, I was the switchboard operator and managed in-store calls and incoming calls.  I sat in front of something similar to this: (probably an antique at the time I was operating it!) 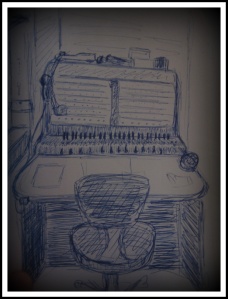 Drawn by Me while sitting there on a slow day 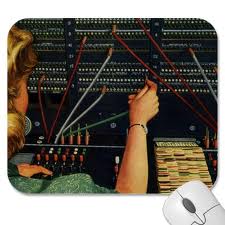 From ages 19-21 I attended and completed a 40 hour/week, 24 month allied health program (x-ray tech) through Hartford Hospital.  Following graduation – I worked only briefly as a temp for an orthopedic office.  Bit of a waste of an education in hindsight.  I married during my time in this program. Not at all a mistake. 🙂

I didn’t find an x-ray tech job close to home so instead I worked as a medical assistant in a surgeon’s office in New Britain, CT.  I did office-y stuff in the morning, and assisted the physician in the afternoon.   I worked there until the week I delivered Child 1.  I worked for this surgeon one afternoon a week at his satellite office during the early years of Child 1 and Child 2.

Then my work became full-time MOMMY.  Not having enough children of my own (rolling eyes),  I did childcare for two children (separate situations – one in CT, one in VA) to bring in a few extra dollars.  Then all of mine were in school and I began to look for a part-time “job” outside the home again.

Plow and Hearth Catalog Store had a call center to take catalog orders not far from my home.  I talked to strangers and took orders over three separate Christmas seasons.  I learned more about customer service there – and that “a satisfied customer will tell 2 or 3 people about their positive experience, but a dissatisfied customer will share their annoyance with 20 or 30 people”.  Giving good customer service is priority for a business!  This is still a really nice company with great products and now has an outlet a couple of miles from my home.

While working at Plow and Hearth,  an opportunity came up at Orange Family Physicians as a part-time evening receptionist.  I can still remember how exciting it was to get hired.  I worked with some great people there.  I answered the phone, made appointments, took co-pays – greeted patients, tried to be friendly (of course!) – all part of the job.  I learned over the years how customers could perceive my New England tone/manner as less than friendly.  I learned that I needed to speak in a tone that Southerners would hear as friendly.  I tried to smile more.  Customer service with patients was once again a part of my life.  I did some data entry when computers were not so common for billing purposes, and even did some paper work billing for a counselor who rented space in our office.  As a family practice in a rural setting with no “prompt care” in town, there were occasionally walk-ins that were  quite exciting.  Or bloody.  Or broken.

After a few years  at OFP – I began to think that perhaps I could return to school and eventually become a nurse.  Could I really? Let’s try!  I started with one class in fall of 1999 at PVCC – Algebra.  Yes, the math-averse person that I am who struggled with various maths in high school started with Algebra.  I got an A!  I took a couple of classes each semester, finally entered the nursing program,  and I attained the dream long deferred.  Finally – graduation from a nursing program – May of 2004 on the weekend of my 45th birthday – and it was finally true. I was an RN.

I AM an RN.  Actually – I’m a BSN – having completed that goal at VCU last year – and I am an IBCLC as well.  For now – that’s enough letters.

It’s an honor to work at what I do.

One thought on “The Long Road to BSN”

Baby Val and Mom. ❤️
Morning ☀️
Tulips again. 🌷
PET Scan time.
After her morning head dressing change, she had “better get his breakfast cereal out”. Watching my parents serve each other in their eighties (particularly) will be long remembered. ❤️
@nathanwpylestrangeplanet are-read first and new read second. Smiles are good. 😊
Loading Comments...
Comment
×
<span>%d</span> bloggers like this: